On November 30, 2016, my dad was called to Heaven and that experience has forever shifted the landscape of my life. It took me a year & a half to share the deep and detailed piece you will read below. I continually started, stopped and started over again. I never felt I got it quite right. You will read a bit on my backstory, the events that occurred in the last few years of his life and where I plan to take this journey we call life.

After graduating college, I took a job at my dad’s full-service advertising agency. In high school I had dreams of a career in the sports industry and although I majored in Radio/TV Film (I was a DJ on my college radio station, which is how DJ “CT” was born), it wasn’t until my last year of college that I discovered my true passion for web design.

I always said I took the job at my dad’s company for two reasons — first, to learn everything I could about business and the web world and second, so I could work alongside my dad and uncle every day. Family has and always will be deeply important to me, so I couldn’t think of a better way to break into my professional career than with loved ones by my side and in my corner. I showed up each day committed to work and to never stop learning.

My dad started his company out of his bedroom. From these humble beginnings, 34 years and 15 employees later (including my uncle – who’s office was next to his for over three decades), he grew the business into a thriving and successful one. I was able to lend a part in that and help grow their website portfolio from five to 70+. We fully built, managed, secured and supported these sites 24/7. 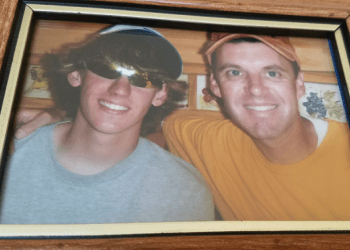 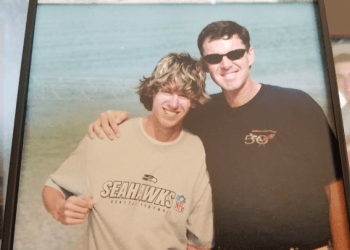 About a year before I left to start my own business (May 2017) I began freelancing on the side and enjoyed the heck out of it. One night I was talking to a potential client on the west coast, while they were stuck in traffic, about their website needs. This ended up being one of my “AH-HA!” moments. The ability to work for anyone from anywhere with Wi-Fi is utterly amazing. We are living through an incredible era in this world where we can video chat with someone 10 time zones away with the simple click of a button.

Through the summer months of 2016, my mom and I (among many others) started noticing changes in my dad’s behavior. For example, in mid-July he stopped posting or engaging on social media. This coming from someone who I felt was posting on Facebook so much that I had to stop using the platform (I’m not kidding). So when I found out he randomly stopped, it was a red flag. There were other signs too, whether it be memory loss, fatigue, not being actively “engaged” in conversations…I just had a feeling in my gut something was seriously wrong. I remember, and always will, those numerous conversations I had with my mom trying to figure out what could be going on. 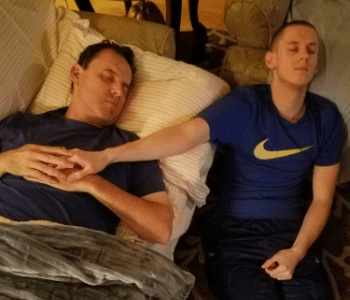 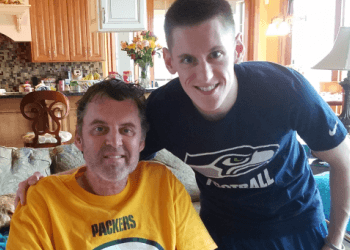 The last real conversation I had with my dad was on September 7, 2016. It was his 56th birthday. We went out for dinner and a movie (Hands of Stone) just us two. I explained to him my intentions to leave the family business sometime in 2017 and my plan to freelance full-time. I received his blessing and I think subconsciously I needed to hear that, especially with the news that was about to come down the pike. When we left the movie theater that night, I remember him hugging me saying “this was the best birthday present I could have asked for.”

Fast forward a few short weeks and my dad was diagnosed with a Glioblastoma (GMB) brain tumor. Here are a few resources that explain things way better than I ever could from a medical perspective: Wiki, WebMD, Mayo Clinic. The tumor was so large and in such a delicate spot, surgery to remove it wasn’t an option. He could have opted for aggressive radiation and chemotherapy but the quality of life could have been poor and he decided against that. He saw his dad go through a prolonged battle with cancer and I don’t think he ever gave that option consideration. Deciding against treatment, he was given three months to live. He wanted to be home amongst family, friends and our dogs. And that’s exactly where he would be.

On November 30, 2016, he was called to Heaven. He went almost 14 days without food or drink. We were told his tumor could double in size every two weeks and we definitely saw that progression first-hand. While you’re reading this, the word “tragedy” may come to mind but I happen to see things differently. There were so many blessings throughout those last few months. For instance, the ability to stay home with him every day during this process is something I will cherish forever. On one hand, it was the hardest thing I’ve ever gone through. I never dreamt at the age of 28 I would be a caregiver for my dad, that I would be watching him fall into a coma-like state and attending his funeral. But on the other hand, I’ve been given an amazing perspective on life. It is something that has forever changed my outlook – how I show up in the world, how I treat others on a daily basis, and how I learned to live life with gratitude, intention and purpose. I see it as a gift that God gave me and something I need to share with the world. 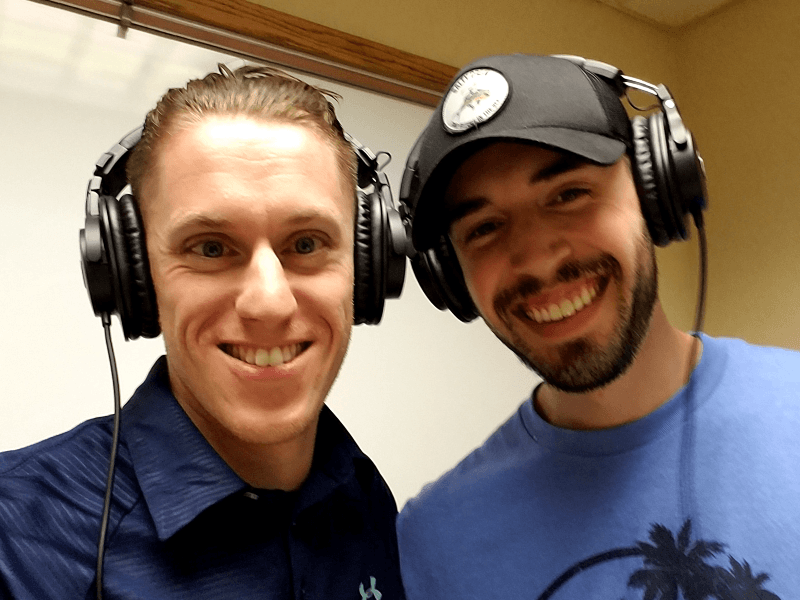 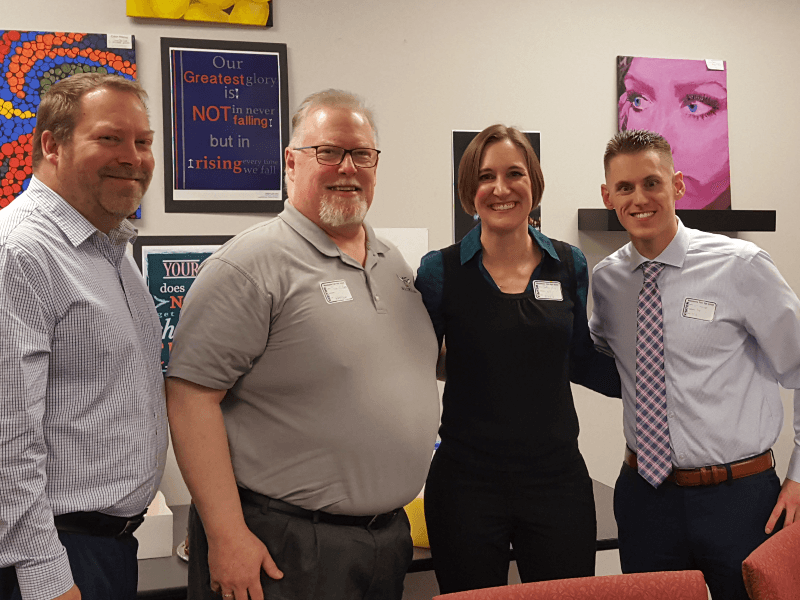 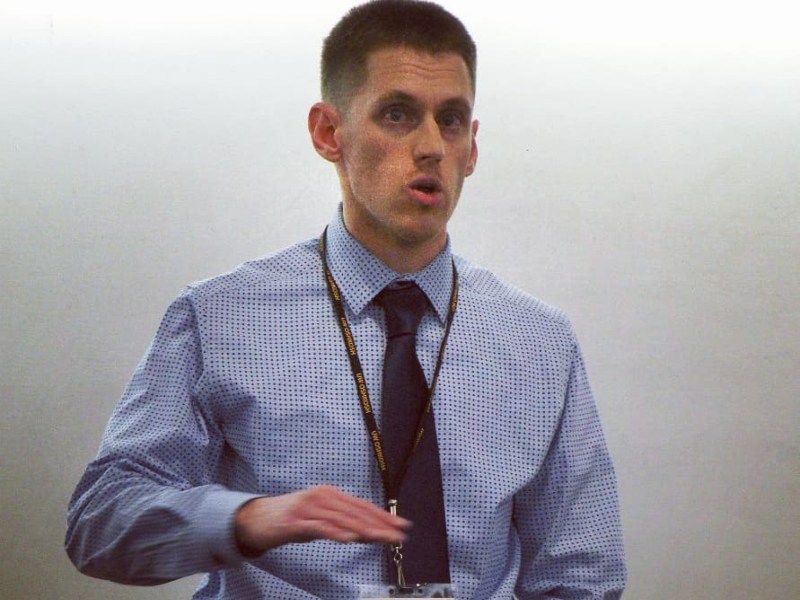 From the time my dad passed until the time I started my own business, I firmly believe he passed on his entrepreneurial spirit to me. It’s something I never knew I had. Like I explained above, I told him that I was just going to be “freelance web guy” but that definitely is not the case. I have so many different business ideas. I want to impact so many people. I want to leave this world a far better place than how I found it.

My dad was the best role model I could have asked for and I wouldn’t be the man I am without his guidance. My goal growing up was to always make him proud and just because he’s no longer physically on this earth doesn’t change that. He has a front-row seat to it all. He left a legacy with everyone he came into contact with (whether he realized that or not). It’s my job, it’s my duty, to not only keep that candle burning for him, but also build a legacy of my own. Here’s to the start of that journey!

OK, so I may have stolen that line from my favorite sports team (the Seattle Seahawks) but it’s true.

My dad taught me the importance of relationships and I carry that through daily – personally and professionally.

If you would like to “talk shop” and put a plan together to grow your online presence, I’d be honored to serve you.

LET’S GET STARTED!
Go to Top